It’s happening.  We’re pretty much done with breastfeeding.  I’m actually a little sad over this.  When I weaned my older daughter two years ago, I went through some mixed emotions.  I was really ready to get my body back.  This time, I know that this very well may be the last time I ever get to be that close to someone.  And my baby is growing up some; I kinda didn’t want it to end.  I’m having a hard time accepting it.  And my body seems to be having a hard time with it too.  My metabolism has come to a complete halt – I’ve put on weight at an alarming rate since cutting back.  But it’s time.  We made it to 14 months.

I vividly remember Super S crawling up my stomach and my chest and latching on within minutes of being born.  She was so sweet and just knew what to do.  She had a little jaundice so I fed her every two hours around the clock.  She was a sleepy eater.  So I’d switch her back and forth to help keep her awake.  She did a number on me.  Last week I found a form that a lactation consultant that I visited had filled out.  She  actually used the words “trauma to nipples.”  Funny how nature makes you forget.  She had a shallow latch and that resulted in a very painful time for me for the first several weeks.  The consultant helped with that and then it got better but I remember being in tears (I’m sure the lack of sleep encouraged those tears too).

One thing that surprised me (I suppose it’s a little odd) was that I found myself feeling the urge to feed my older daughter too, even though I hadn’t nursed her in a year.  Kind of bizarre, right?  I wonder if it was because I was nourishing the younger one and that maternal instinct to nurture my kids was on overdrive.  Maybe the process just flooded me with memories from the first time around.  I don’t know.

Luckily my sweet little buttercup grew and gained weight.  Once her body pushed out all the jaundice, I eased up and started feeding her every three hours or so.  Sweet, quiet moments shared between just her and I.  But she was also having a hard time with it.  I guess I had a heavy let down; she would sometimes choke when I fed her and she sounded congested and made lots of wet sounds while sleeping in her crib.  She even coughed, which newborns shouldn’t really do.  I got the feeling she had silent reflux.  Luckily she wasn’t spitting up as much as her sister did but I still felt something wasn’t quite right.  So I tried a few different things.  I would sit her upright for awhile after every feeding and was more diligent about burping her.  We put a wedge in her crib to keep her up at an angle.  What seemed to help the most, though, was feeding her with her body at a decline.  She just needed a little help from gravity, I guess. 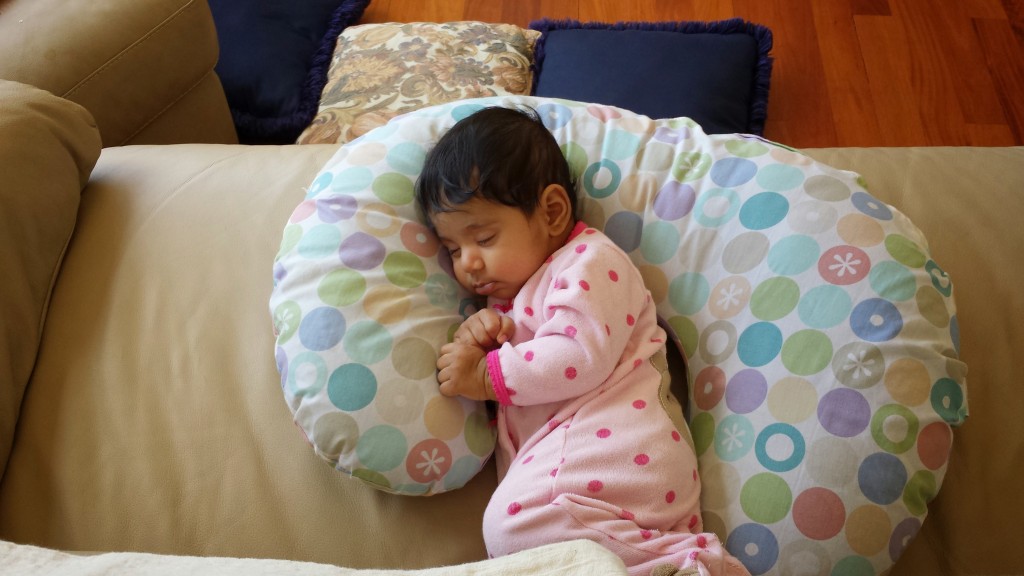 Super S was a like a clockwork.  Up every three hours to eat without fail.  Then it happened again.  Blood in her diaper, just like her big sister.  We had been to this rodeo before so we didn’t freak out.  We took her in to see her pediatrician, who had helped us work through allergy issues with our first baby.  She didn’t seem the least bit concerned.  It was most likely a dairy allergy.  Since it seemed that my older daughter was most sensitive to soy and dairy, I cut those out of my diet first because I wanted to keep breastfeeding her.  We never saw blood in her diaper again.  She outgrew the gurgles and was easy to feed.  I just kept dairy and soy out of my diet to the best of my ability until she was 9-10 months old.  She was fine.

I very rarely pumped and fed her with a bottle.  I didn’t even try using a bottle until she was around three months old.  And technically, I knew I should have been more diligent but I was lucky.  Pretty much the only time she used a bottle was when my mom watched her.  And by some miracle, she drank from the bottle without much strife.  I think she just loved drinking milk, wherever it came from. 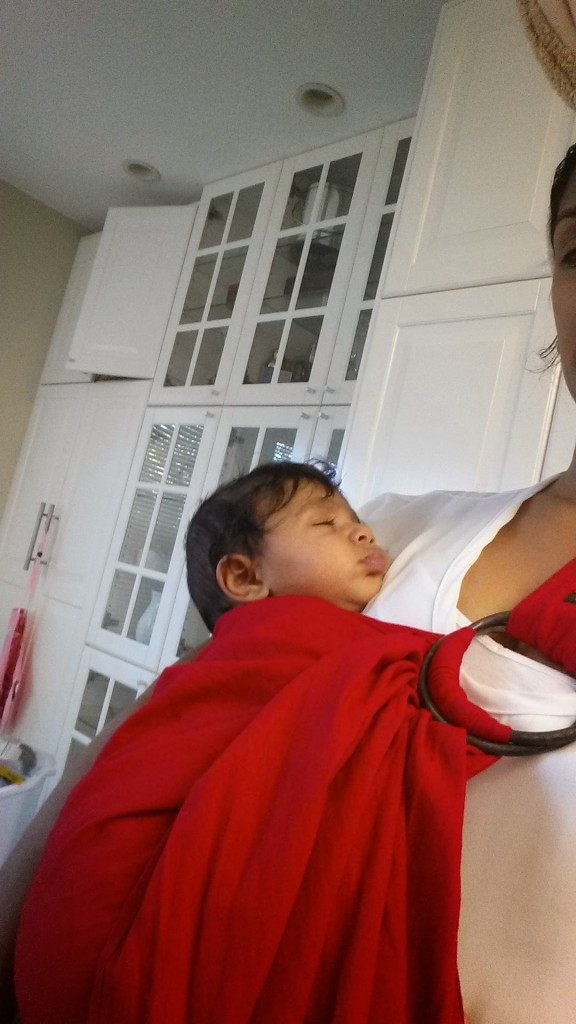 I just loved how warm my little lovely was.  In the early days, there were a few times when she slept with us and she would just sidle up to me, even without much motor control.  It’s amazing what nature enables.  My favorite feeding was the first nursing of the day.  We almost always did this lying down, her little tummy pressed against mine.  Her little legs kicking and pushing against me.  She was just so content and at peace.  She didn’t make a ton of eye contact with me when I was feeding her but I often couldn’t take my eyes off of her.  I remember there were a few times when her big sister would come in the room and the sound of her voice would make Super S smile, eyes closed, still latched on.  It really was the sweetest thing.  And some of my favorite memories of those crazy days of having a newborn and a toddler were of feeding Super S with my feet propped up on the ottoman, Miss K sitting on my legs. The calm that came with the feeding were energizing.  Miss K would say “Sia’s eeeeeeeeeeating.”  She was just a little bitty two year old and Super S would be sleepily and happily filling her little belly.

Maybe the breastfeeding played a role in bringing Super S and I so close together.  She is clearly attached to me, more so than my older daughter.  Even now, she will sleep with her arms clutched around my neck if we lie down together.  She likes to sleep on my face and pull my hair.  It’s aggravating and so incredibly endearing at the same time.  I love this little girl more than I describe. 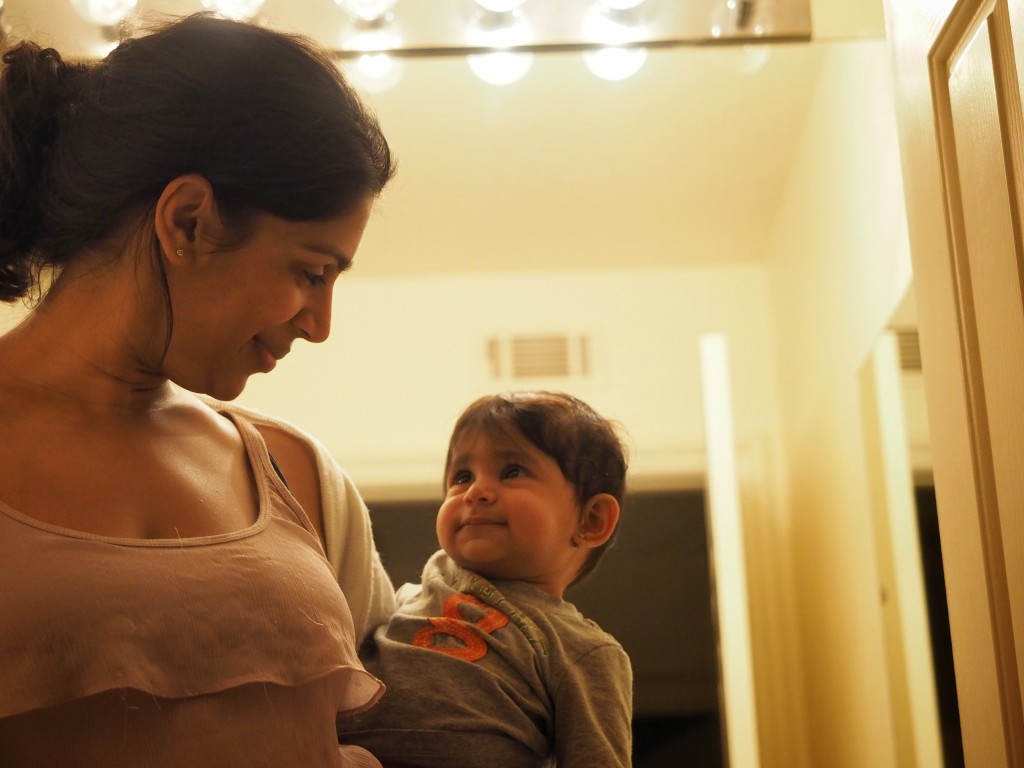 At a year old, I was still feeding her twice at night and four times a day.  Then I stretched out the daytime feedings and dropped a night feeding.  Then we accidentally  (but wonderfully!) night weaned her when we left her with my parents for two nights.  I finally was getting some rest!  Hallelujah!  Then, in the next month, I gradually dropped another daytime feeding and was down to just the bedtime and morning feed.  Then we dropped the bedtime feeding and gradually tapered down the morning feeding too.  And here we are.  I didn’t have a plan.  I didn’t know how long I’d be breastfeeding her.  But this weaning has been gradual, feels natural, and hasn’t been too upsetting for her.  And I didn’t have any engorgement issues, clogged ducts, or hormonal surges.  But we’re done and I’m going to miss this part of my life.

Why is this even worth writing about?  Because there is something so special, so precious, so validating about the bond that nourishing one’s child in this way brings.  I was lucky – I’m a stay at home mom.  I had the luxury of not having to pump and was blessed with a good supply of milk, despite my age and lack of fitness.  I could do this with her and I’m so incredibly glad I did.  I’m proud of us.  I’m proud of me.  As wonderful as it is to know that you’re the only one able to provide a milk built so perfectly for this one child, it also meant that the responsibility was 100% on my head.  Five to nine times a day.  No break.  No days off.  But it was worth it.  So to any mom reading this that is considering breastfeeding or is having difficulty with it, I say if you can, stick with it.  It’s not always easy.  It’s not always convenient.  But it’s one of the best things you can do for yourself and for your child. 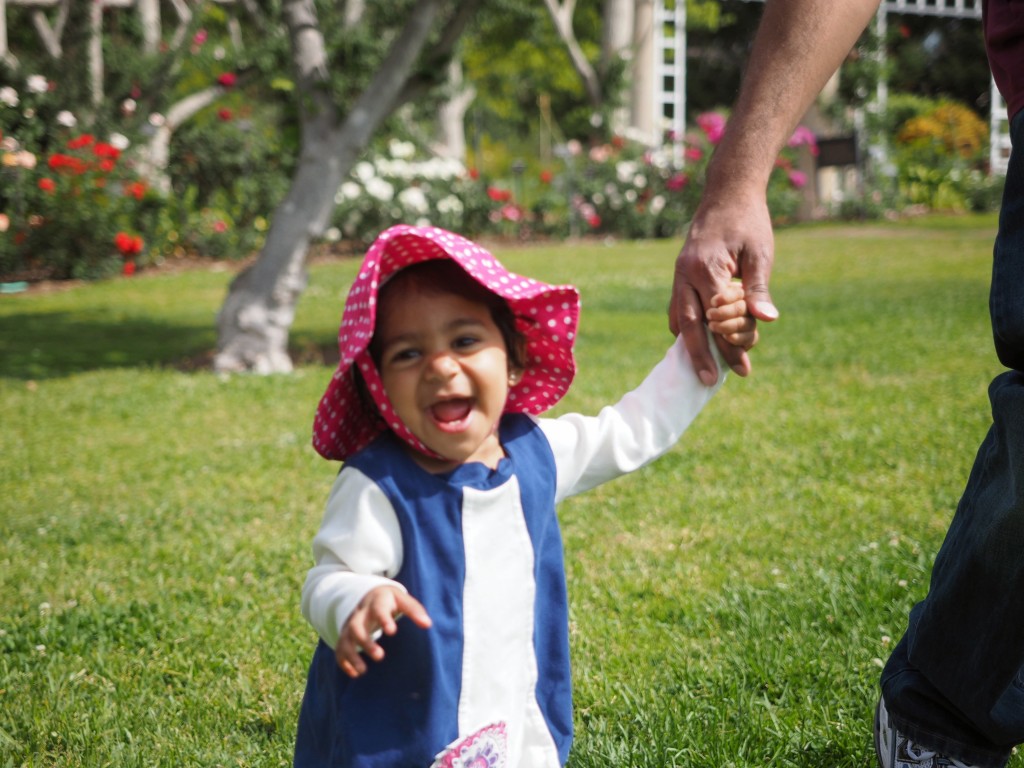