Until a few months ago, I had never heard the term “Mama Guilt.”  When I heard it, I knew instantly what it was because I breathe it every moment of my life, it seems.  Here are a few examples of what my mama guilt is like.  I feel mama guilt because: 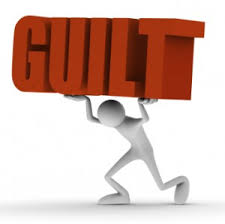 Sigh.  It’s stifling sometimes.  You just want to do right by your kids.  But it’s hard.  The Mama Guilt eats at you.  From what I can tell, this is just a drop in the bucket in the long road of parenting.  So I better toughen up!

I think the guilt is ok as long as I can be productive with it, rather than being paralyzed by it.   I think in some f’ed up way, it helps me.  It reminds me that my kids are absolutely worth trying to do better.  It motivates me get up and try again the next morning, even if the prior day was a complete failure.  I do have to remind myself to stop and look at what’s going well and what I can be proud of.  I know we must be doing something right because I am so incredibly proud of our two girls.  They are healthy and happy and while I can’t take all the credit for that, I do think that I’m helping them feel secure in their lives. 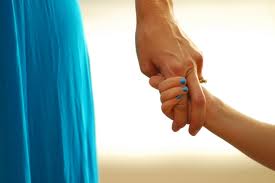 So I’ll take that guilt.  And just watch.  I’ll kick it in the nuts, fix what’s wrong and brace myself for the next guilt laden challenge.