I never documented Miss K’s birth story so I thought I should do that with Super S before it’s too late and nature’s magical way of ensuring that we continue to procreate kicks in and I can’t remember the tough stuff.  So here goes:

Super S’s due date was February 16, 2013.  Her sister was 6 days early and I was hoping that she would be too because this would give her the same birthday as her dad and I thought it would be nice if they could share that date.  But it didn’t happen and instead she shares a birthday with my mom.  I did, however, start feeling contractions the morning after my husband’s birthday and they woke me up out of my sleep.  I was up at around 3:00 am but they were inconsistent so I kind of ignored them.  The next day I found that I was unable to take a deep breath and mentioned it to my husband.  I was still having contractions but spaced far apart and still erratic.  To be on the safe side, he decided to stay home from work.  He suggested I call my OB about the breathing thing and I spoke to her around lunchtime.  She told me to go in to the hospital for fetal monitoring because when we spoke, I also realized that it seemed like the baby wasn’t moving as much as she had been.  The doc was concerned I wasn’t getting enough oxygen.

So hubs stayed home with our older daughter and I headed into the hospital.  We called my parents to let them know that we might need them to come get our older daughter but to hold tight for now.  At the hospital, they checked me into triage and I asked the nurse if we could check for a heartbeat and that I was a little anxious because the baby hadn’t been moving much.  She was so nice and didn’t even wait til I had undressed.  She just pulled up my shirt and attached the monitor.  We heard a strong heartbeat and then I peed in a cup, changed into a robe, and got hooked up to monitors that measured contractions and baby’s heartbeat.  contractions started spacing out even further while I laid there…I was only 2.5 cm dilated…had an ultrasound and my amniotic fluid was just fine…my oxygen levels were fine…yep, after 2.5 hours, I headed back home.

By around 7:00 that evening, the contractions started getting closer together and more intense.  We called my brother-in-law and my dad to see if they could come over and spend the night with our daughter since it felt like we would need to go into the hospital.  My BIL was kind enough to come by because we weren’t sure when my dad would be able to make it.  The contractions kept getting closer but were still between 7-10 minutes apart.  Once they were consistently around 7 minutes, we decided to go to the hospital.  It was around 3:00 am and I wanted gum.  So my husband stopped at a gas station and got me some.  I had maybe one contraction between the time we left our house and arrived to the hospital.  So I told him I thought it was a false alarm and we waited in the car to see what the contractions would do.  I didn’t want to go in just to be sent back home and honestly, I could do without the cervix checks.  They’re not all that fun.  We didn’t know what to name the baby so we talked about that for a while.  As we approached 5:00 am, the contractions started spreading apart and we decided to go home because our daughter would be up soon.

We went home and sent my dad home.  I had an OB appointment at 9:45 so we went and found that I was 4-5 cm dilated.  The doc didn’t give me specific instructions to go to the hospital but instead told me to not wait.  If the contractions got close enough together to just head in.  So we were out for a while but I started getting anxious again and was feeling more intense contractions.  By 11:30 am, I knew we needed to go in.  Called dad again and he came and picked up our older daughter and took her to his home.  Hubs drove me to the hospital and they admitted me into triage again.  This time they gave me the thumbs up to get a room. 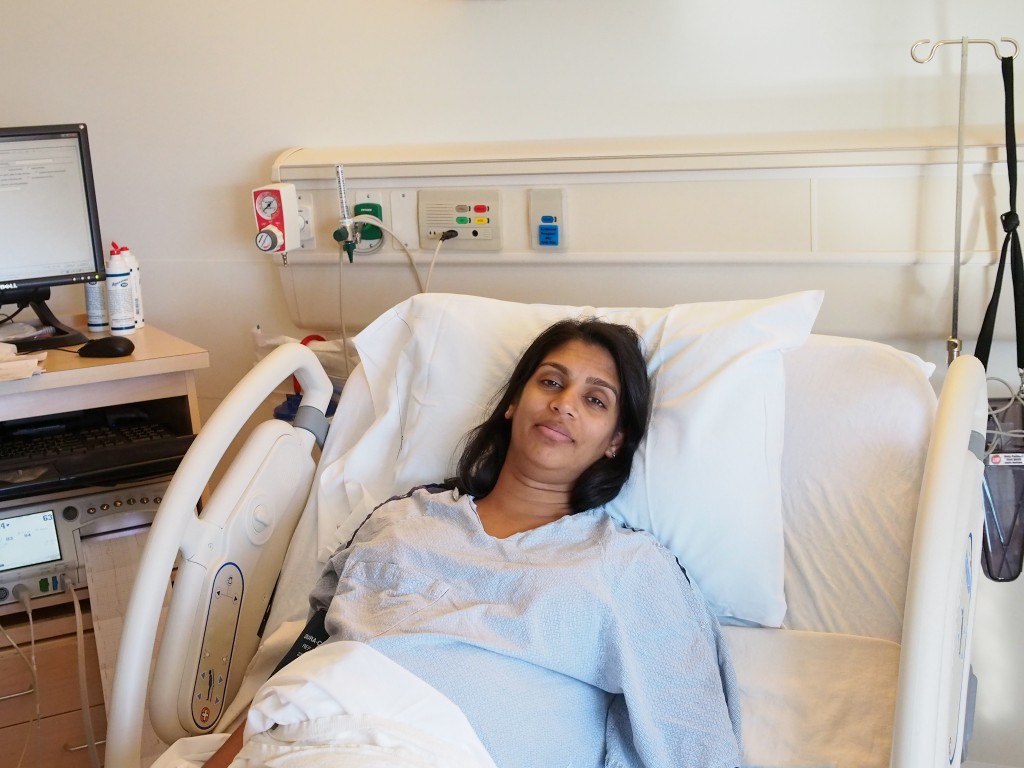 The contractions kept getting crazier and crazier and they were downright painful.  I just tried to breathe through them but they were longer and more painful.  The nurse asked me if I wanted an epidural.  I told her I wasn’t sure if it was too early and she said “My concern is that you’re going to jump from being 6 cm dilated to it being too late.”  Sold.  Bring it.  The anesthesiologist was awesome.  He was probably a little younger then us and just a regular old guy but his epidural was flippin’ awesome.  Within a short while, I didn’t even realize I was having contractions.  A little while later the hospital OB comes in to break my water so we could get this show on the road.  I don’t think he actually said anything to me.  Just a series of nods.  Kind of strange.  But painless.  So then we just wait.  Me, husband, and the nurse were just chattin’ it up.  I was making dumb jokes like I always do…at around 4:00 the nurse decides to check my cervix.  I hear her laugh and say “Oh wow.  Her head is like…right here.  I’m calling Dr. Strachan.”  So she calls and I start feeling nervous.  I had been in labor for hours (and hours and hours) and yet I was scared.

Luckily my OB was still on duty and she arrived and started getting set up.  There’s a table of all kinds of stuff on it.  I tried not to look or pay attention.  The nurse magically pulled up stirrups out of nowhere.  And at around 4:45 we start pushing.   And by “we” I mean I.  I start pushing.  Her dad doesn’t flinch despite the crazy, gross stuff happening down there.  It amazed me with our first baby and I’m so thankful he was just as tough this time because if he started losing it, I know I would too.  They tell me to take a deep breath and to hold it while pushing.  So I do.   I do maybe two big pushes and a few small ones.  My husband says he can see her pretty quickly.  He tells me she’s so strong that she’s hollering before she has even left my body.  Next thing I know, she’s laying on my chest, all covered in…stuff.  And I’m crying.  And telling her how I’ve been waiting my whole life for her.  Because I have been.  I just didn’t know it.

They measured her and tested her and she was great – healthy and we were happy.  My gestational diabetes didn’t seem to impact her ability to regulate her own blood sugar.  She climbed up my chest and ate voraciously.  She has ten fingers and ten toes.  Oh and lots and lots of hair.  Our perfect little dumpling.  She doesn’t look like her sister did when she was born.  She’s different.  My MIL thought she looked like my grandma.  My SIL and mom thought she looked like me.  My husband and I just think she looks like her.  Ironically we still didn’t know what to name her.  In fact she didn’t have a name until the next morning when we finally agreed on Sia. 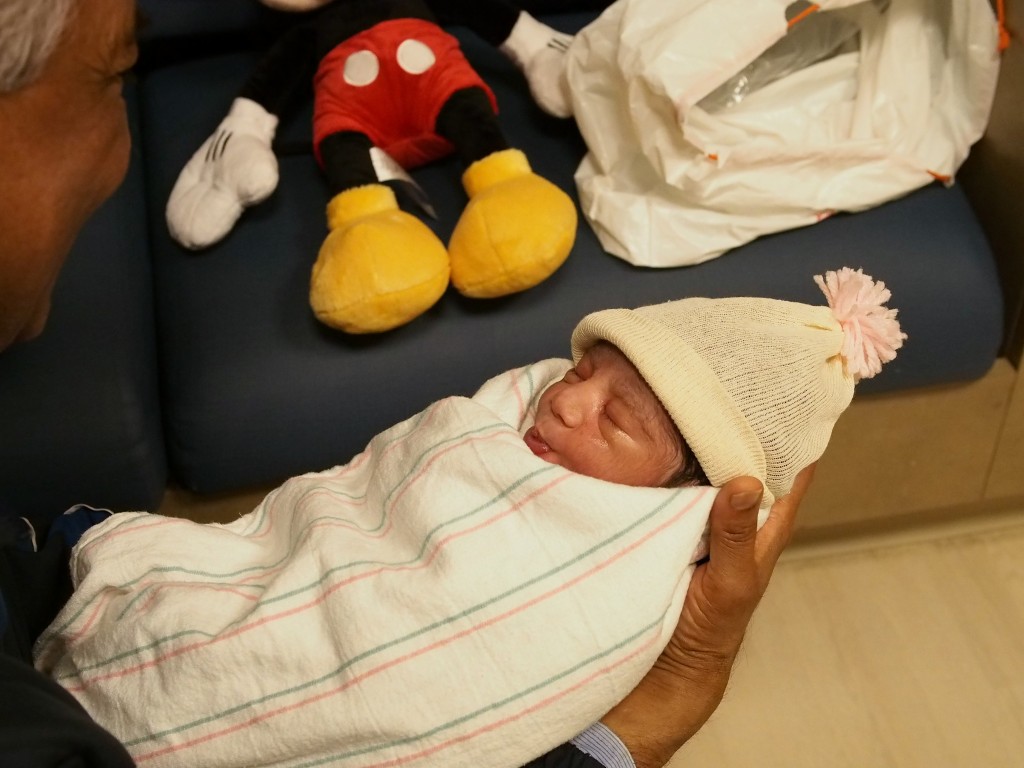 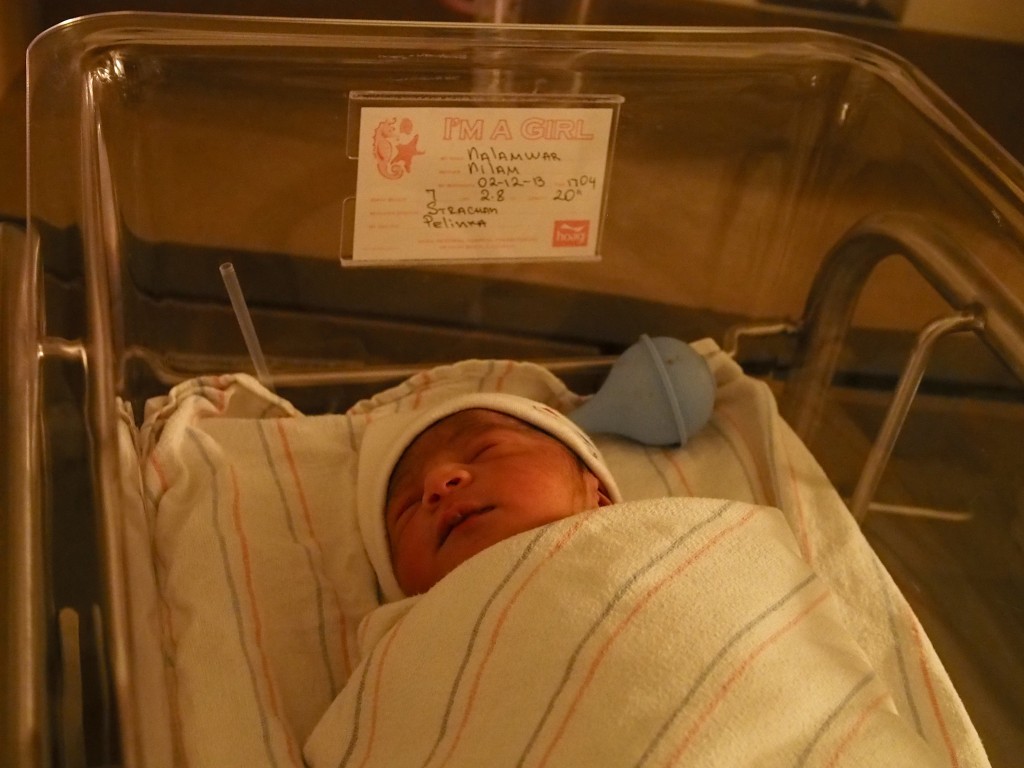 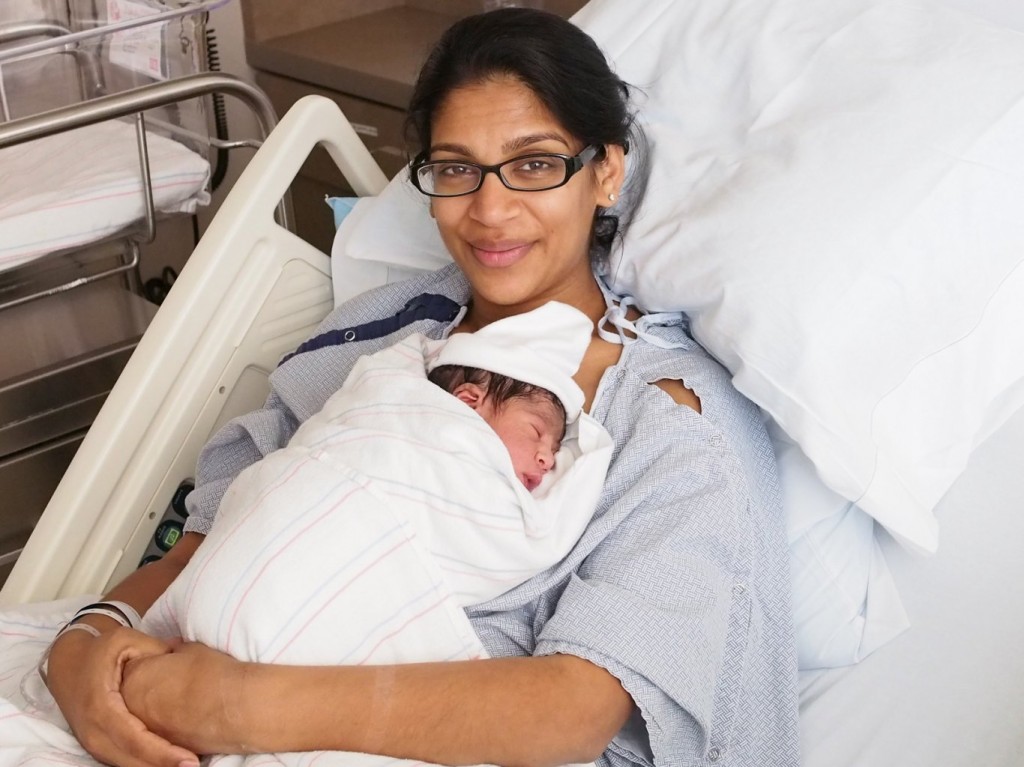 So she’s here with us now, just where she belongs.  Like her sister, it feels like she’s always been a part of us, our family. 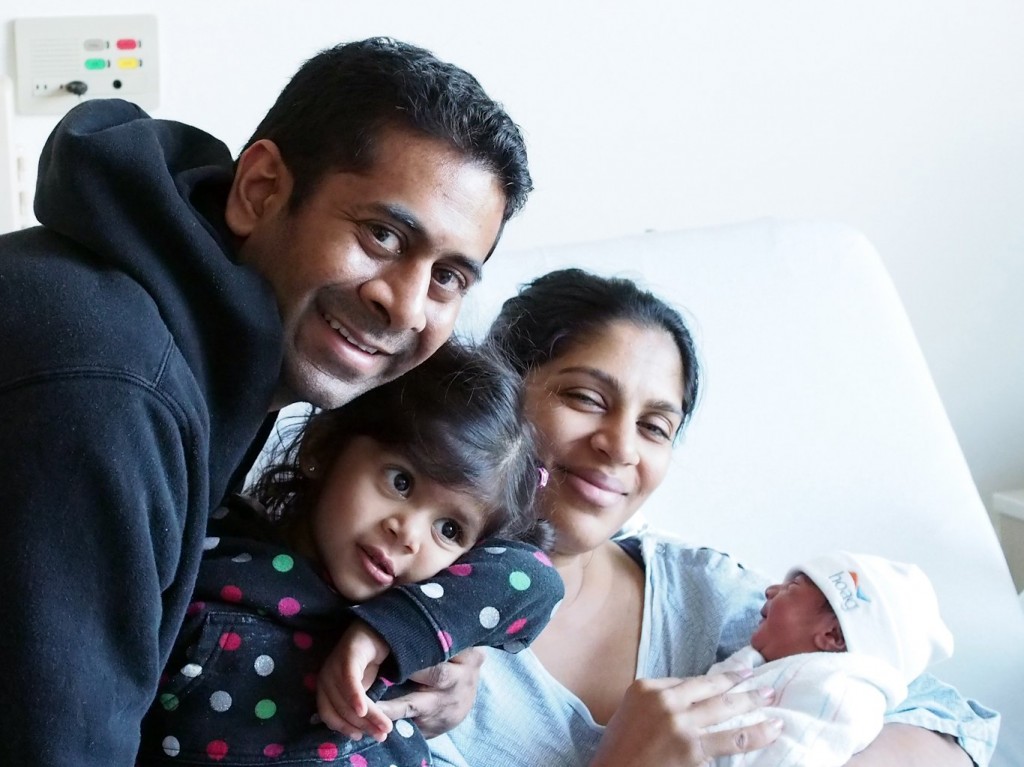