It’s been an emotional day for us here at the CrunchyCake household.  My baby started her first day of Montessori today.  Here are a few pictures: 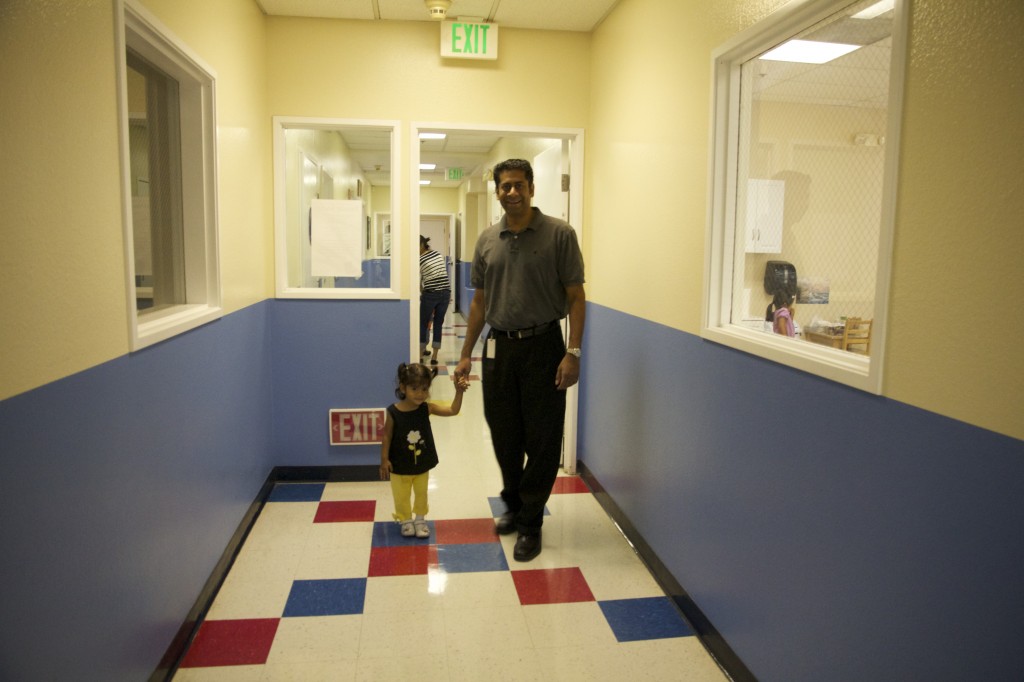 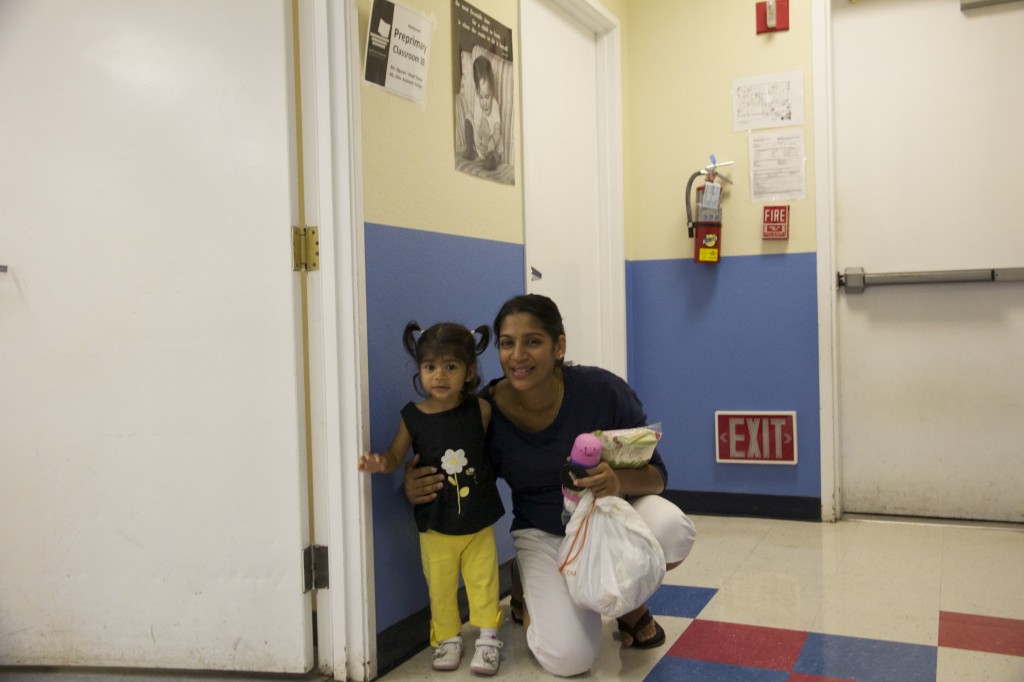 She’s a little shy of 20 months.  So ya, she’s little.  Wait, before I write this whole thing up, I just really need to vomit my fears onto this computer (and now your eyes…you’re welcome):

Ok that last one is awful because it’s about me and my insecurities.  If I am a deficient mother then it’s obviously a good thing she’ll be going to school because my girl is amazing and deserves the best this world has to offer.  I just don’t know if I’m ready to handle proof that my fears are true.  But I digress.  I can see myself getting over that one quickly.  Now that I got that out of my system, I want to talk about her exciting morning!

This morning started out a little stressful…Miss K. woke up at around 5:30 so we put her back to sleep so she would get a little more rest but then she kept sleeping until 7:30!  So we actually woke her up and got her ready to go.  New first day of school outfit, check!  Thermos of water, check!  Extra pair of clothes and shoes, check!  Diapers, check!  Super cute girl, check, check CHECK!  We grabbed the camera and loaded up in the car.  Driving there, I think Dad and I were both nervous and Miss K. was in a good mood.  We got close to her school and she started pointing and saying “school!  school!  school!”  That made me feel better (but also a little worse because she had no idea that we were going to leave her there!).

We took her inside and snapped a few pictures and she tried going into her classroom.  We had just visited yesterday and I think she remembered that she had found some interesting things there.  So instead we led her out to the play yard.  At first she seemed a little overwhelmed and was hanging on to our pants but then she was excited about all the fun stuff to do, like sit in the little tykes car and ride the little animals and check out the fire engine.  Our friends’ son (and I guess now Miss K.’s friend) is in her class and he very sweetly rode over to her on a tricycle and didn’t say anything but stayed near her for a while.  I think he was looking out for her.  We went over to the teacher and said good morning to let her know we were there but while talking to her, Karina left to go explore a little more.  We told her we were leaving and said goodbye.  The school encourages parents to keep the goodbyes short and sweet – it’s easier on the kids and the parents.  So we tried our best but then went inside and spied on her from the window.  Couldn’t help it.  She was fine.  I think she was looking around for us a few times but in general, was excited by all the new stuff to play on.  Some of the other kids were crying and sad.  I was a little worried that would spook her but she seemed fine.  And that was it.  My brave little girl!

We’ll see what she’s like when I pick her up this afternoon and how she reacts when we go back tomorrow.  I’m not delusional and know that the hard part might still be yet to come but for now, I’m really happy that it wasn’t as hard as it could have been.  And yet I cried.  For the most part I kept my composure til we left the building and then the tears started when we got inside.  Thank god my husband is as calm as he is!  She’ll be there for three hours this morning and that’s it.  I haven’t heard from the school, so I’m guessing she’s ok.

I know Miss K. and I know she’s going to do great at school.  She is brave and independent and curious and I KNOW that it might take some adjustment but she’s going to love school because she loves to learn.  I have faith in this child and her ability to adjust and thrive.  So why am I still crying?  Because I’m not ready.  I’m not ready to think of her having a life outside of our little bubble.  I’m not ready for the thought that she won’t need us as much.  I’m not ready to have a life of my own, even if it’s for a short three hours (while I’m carting around a little baby brother or sister in my tum – I’m ridiculous, aren’t I?).  My friends tell me I’m not the only one who feels this way.  So I’m going funnel my energy into something that I think will make me feel better: I’m going to write down some of the amazing things about her.  I also have this fear that in the future I’m going to forget what she is like at this age.  You may be nauseated by this mom’s gushing so feel free to stop reading here.  So here goes…At 19 months, Karina…

So I’ll stop now.  I actually need to get going to pick her up soon!