How’s that title for a bad attitude?  🙂  A few weeks ago I mentioned that I was going to 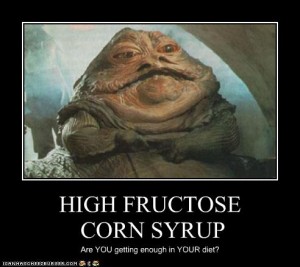 watch what I ate for a few weeks and figure out what my goal should be for reducing the amount of high fructose corn syrup in my diet.  Well it seems that I’ve been “treating” (well really, it’s more like punishing) myself a lot these last few weeks.  I’ve had Yogurtland a few times and while the yogurt is probably not THAT bad for me, the toppings I choose to put on top of my yogurt are.  They have included Kit-Kats, Reese’s peanut butter cups, Mother’s circus cookies, and Pebbles cereal.  I’m trying to change it to almonds on top of sugar free chocolate yogurt instead.  Sigh.  I’ve also been drinking iced tea a couple days a week and this week I actually bought a Cactus Cooler but probably drank about 6 ounces.  Those have been the main sources of HFCS for me.  At home, I realized that we don’t have a lot of ingredients containing it.  It’s mostly when we eat out or I get a processed treat of some sort.

We buy ketchup that doesn’t have any, we usually make our own salad dressings, we don’t buy Chips Ahoy or Oreos or anything like that…Oh wait.  I’ve been buying Karina some biscuits…let me check the package on that.  It’s a Gerber product so I don’t have a lot of hope…Yep, it’s in there.  At least it’s more than half way down the ingredients list, I guess.  Ugh.  And while we’re confessing, I probably ate as many of those biscuits as Miss K. did.  So let’s add that to the list of HFCS products I’m eating.  Argh.  There are only two left in the pack; next time I’ll buy Annie’s and check the label. 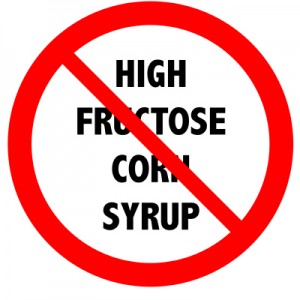 So I think what’s reasonable is to get two “treats” per week with HFCS.  That will still allow me to have an occasional sweet drink (soda or tea) and maybe one other thing.  However, if I eat ketchup that has it, that counts as my once a week treat.  This will likely encourage me to avoid ketchup.  I’ll also be more diligent about checking labels.  I’ve had a few surprises when I reminded myself I hadn’t read the label on a few products.  Like the other day – I was so disappointed when I saw that the Tom’s toothpaste I bought actually had Sodium Laurel Sulfate – ARRRRGGHHHH!!!  The whole reason I bought it was to avoid SLS but of course I was trying to keep Miss K from grabbing all the items in the beauty aisle at Sprouts instead of reading the label.  I was really disappointed in that.

Back to the subject at hand.  Ya, twice a week and no more.  You know, in general, I want to cut back on my sugar intake and this will certainly help  I do realize that I’ve cut it WAAAY back from what it used to be but there’s always room for improvement, right? 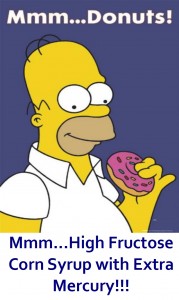 One last thing… (WHO are those guys anyway??? Let’s call them Corny Cronies) Corny Cronies have been lobbying to change the name of HFCS (most likely because of the bad rep it has earned) to Corn Sugar.  So in case you see the ingredient, be aware of what it is.  For a while now, they’ve been spending millions to get you to think that it’s just like table sugar.  Well it is and it isn’t.  Do your homework and decide for yourself.  As with everything, my philosophy is all things in moderation.

What items do you consume that has HFCS in it that you were surprised by?