I’ve been seeing and reading about some ingredients that I want to learn more about.  I just don’t know what to do with them and I fear what I do not understand.  Let’s do a little home work and find out, shall we?  What is it and how do I use it and why should I eat it? 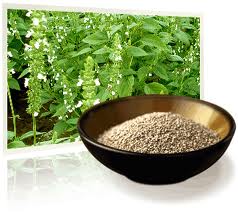 Salba – I first saw this on a packet of baby food puree and it piqued my interest.

What is it?  Salba is a South American seed/grain that’s apparently a powerhouse of nutrition. It was originally used by the Aztecs and is packed full of minerals, vitamins and Omega 3’s.  Salba is derived from Chia (by the way, I know nothing about Chia, either.  All I know is that I can plant chia seeds on a sheep and it will grow into a Chia Pet.  Ch-ch-ch-chia!).

How do I use it?  Salba requires no cooking and can be sprinkled on cereal, salads, etc.

Why should I eat it?  Salba is even more nutritious than Chia.  It has the perfect balance of Omega 3’s and Omega 6’s; the most perfect of that found in nature (wow…I’m starting to think I oughta get some of this) and has eight times the amount of Omega 3’s as Salmon.  It also has six times more calcium than milk, three times more iron than spinach, and three times antioxident strength than blueberries.  This information was taken from here.

Conclusion?  I’m going to get some and see if I can work it into my life without too much strife.

make every so often.  I also like nutritional yeast on my popcorn, along with some butter and salt. The thing is…I don’t know why or if it’s nutritious.  I’m just assuming it is because of the name.  Let’s see what we can learn…

What is it?  Nutritional Yeast is deactivated yeast.  It is typically sold in the form of flakes or powder.  It is naturally low in fat and sodium and is naturally free of gluten, dairy and sugar.

How do I use it?  Nutritional yeast is nutty or cheesy in flavor and is often substituted for cheese in vegan diets.  You can use it in mashed potatoes, add it to tofu to make vegan scrambled eggs, and it is popular as a popcorn topper, as I use it.

Why should I eat it?  Nutritional yeast is high in fiber, manganese, protein, magnesium, thiamin and riboflavin.  It is low on the glycemic load chart, has very little inflammation qualities, and is low in saturated fat.

Conclusion:  I think I’ll keep using it as I have been but will also try to add it to potatoes and other veggies that need sprucing up.  No harm, right?

Amaranth –  Amaranth can come in two forms; greens and grains.  I think the grains are 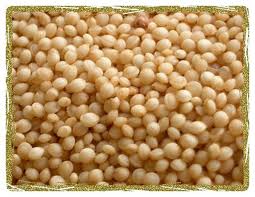 more readily available and the recipes I’ve seen calling for amaranth are referring to the grain so let’s talk about the grain.

What is it?  Amaranth is a grain, also a staple crop by the Aztecs.  It was used in religious ceremonies until it was banned by the conquistadores that conquered Aztec lands.  It has many nutritional values in its raw form but when cooked, some are depleted.

How do I use it?  Cook it and use it like you would other grains, such as rice, quinoa, etc.  You will not be able to digest it unless it’s cooked.

Why should I eat it?  It is high in protein, iron, and calcium, more so than other grains, such as wheat, rice or corn.

Conclusion?  It’s a good alternative to wheat and quinoa and rice but I don’t think I’m going to run out and buy some.  If I could digest it raw, then it might be worth it or if I was sick of the other grains, I’d add it to my options. 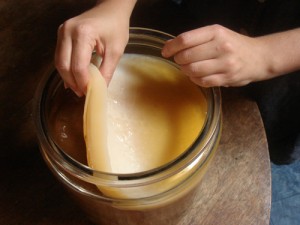 Kombucha – Saw a drink in the refrigerated section of my local Sprouts and wondered if it was any good for me.  Didn’t have a clue as to what it was…

What is it?  It is an effervescent tea drink that is made by fermenting tea with a solid mass of yeast and bacteria.

Why should I eat it?  Kombucha is said to work as a detoxifier because it contains 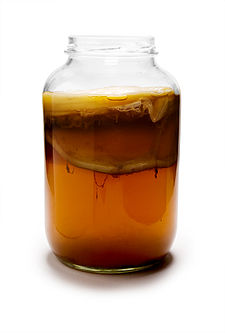 glucuronic acid, which the liver uses to remove toxins from the body.  It also is said to increase energy and help with joint recovery and skin elasticity.

Conclusion?  I don’t know about this one.  Maybe it’s good to have on hand if we’ve had some drinks and need to clean up our systems the next day.

I’m glad I looked into these.  I think I’m going to try that Salba and some of my curiosity has now been attended to.  What would you like to try?  Any ingredients that you’ve been intimidated or confused by?  Side note:  I was buying a can of enchilada sauce once and the cashier asked me what I was going to make with it.  I told her “enchiladas.”  She then told me she had never had enchiladas.  I found that very very sad.  They’re one of my favorite foods.  She was confused/intimidated by enchilada sauce.