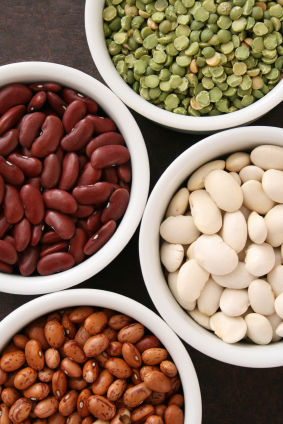 Been thinking about beans.  Ya, I know.  Maybe I need to get a hobby or something.  But really, my husband’s been asking about using dried beans instead of canned beans and I’ve been seeing bits and pieces about dried beans vs. canned and it’s making think I’d like to move in that direction.  Since we’re leaning more vegetarian these days anyway, maybe more beans in our diets wouldn’t be a bad thing.  We don’t use a ton, but we do use a lot of pinto beans in the refried kind we buy, we also use black beans for quinoa bowls and chili, and we use kidney beans in the chili we make too.  And lately I’ve been giving my baby lentil soup.  Here are a few good reasons why I think I’m going to start soaking beans:

Now, like so many other things that I’m choosing to do because it’s better for our health or 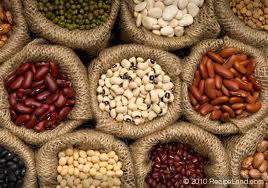 the environment, this will be a little more work.  I’ve read that it’s better to soak beans overnight.  So that means I have to plan and that I’ll have less on-the-fly options if I do away with them completely.  I think I need to be reasonable, so I think I’ll still have a can or two that I can use in a pinch but for planned meals, I’ll use dried equivalents.  My mom does it every week.  She uses all kinds of dried beans, a couple days a week.  I just need to plan better like she does.  It might take a while to update on this one…too bad I bought an 8 pack of refried beans and a 4 pack of lentil soup from costco that I need to get through first.  I did buy some dried bean soup mix that I’m gonna hop on within the next week or so.  That will be my first experience!

Now I don’t know if they’ll taste different (better or worse, don’t know!) but I’d like to try.