…she has too much going on.  Seriously, if she doesn’t have time to get her little keester out of the air to take a nap, then maybe she just oughtta take a few things off her plate.  Come on!  That’s just ridiculous.  Perhaps Miss Thang should consider allocating a few MORE moments to getting her rest and a few LESS moments trying to eat her feet.  And the coffee table.  (And my face). 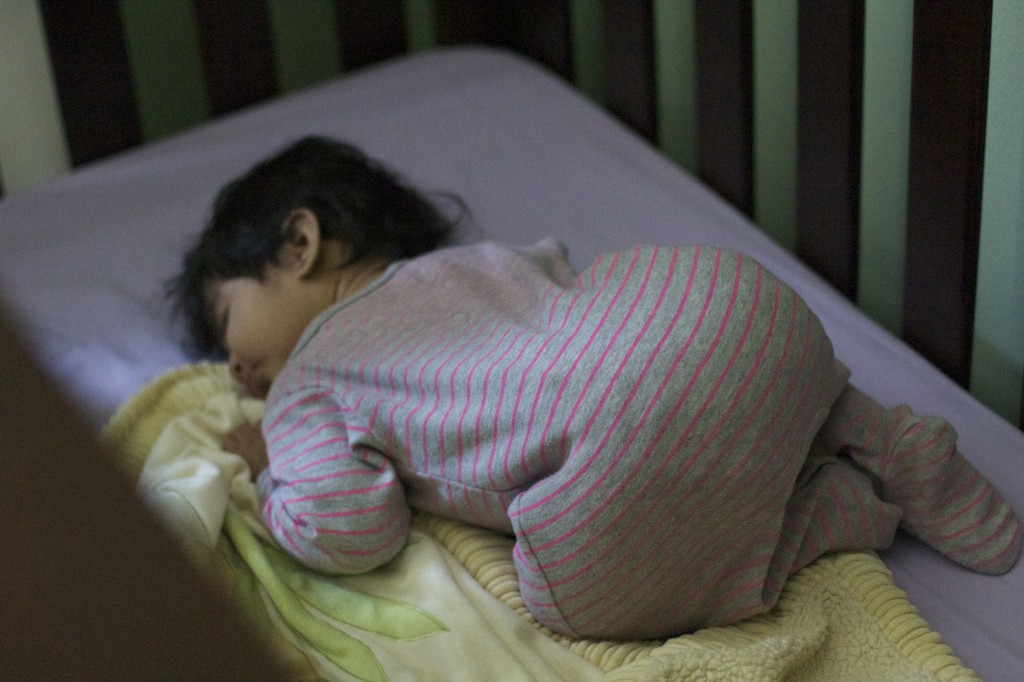 Seriously, though, aren’t the little footed sleepers cute?  We haven’t been putting her in these since she was four or five months old because it was just too warm but they’re back and seeing her in them just melts our hearts (And just to be clear, I’m not using the royal “we,” but rather am referring to her father and I).

…someone should’ve yelled TIMBERRRRRRRRRR as she crashed down for her nap. 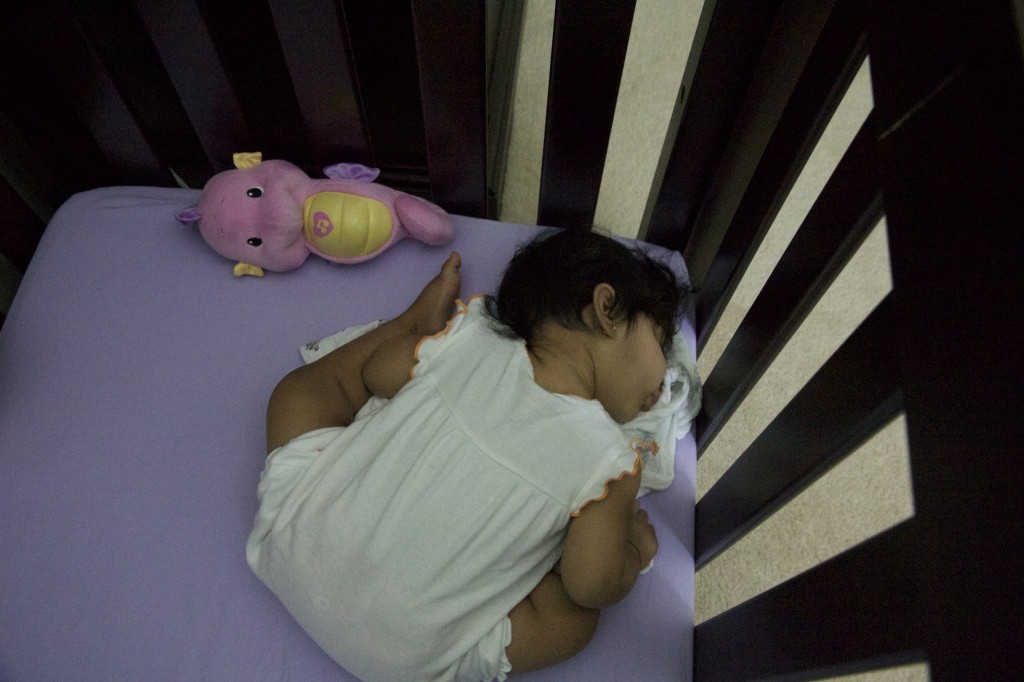 And yes, that IS her foot behind her head.  It’s like she was just sitting there and suddenly her head was just…too…heavy…PLOP.  Looks like Shellie the seahorse is poised for the photo op, though; crazy heifer is looking straight at the camera.  She’s probably smiling because she escaped death by mere centimeters (or centimetres as our friends across the pond like to say).

I don’t know what’s going on with her but she’s been sleeping in some mighty crazy ways today.  We’ll see if it continues and if I can keep sneaking in there to take pictures in the dark.  I kinda like the grainy-ness of it all.  I find it funny that in the booty-in-the-air (wave it like you just don’t care!) shot, the camera is completely in focus on her butt but the rest of her is blurry, making her bum the clear focal point.  Ya, cameras do that on their own.  Has nothing to do with the photographer.  Happy Friday to ya!