Updated status on the following:

Here’s a quick run-down:  #10 on the LIST – No fast food this week!  My husband was kind enough to bring me lunch three times this week but no fast food runs.  Yay!   #11 on the LIST – I did have a Dr. Pepper this week.  And in the spirit of full disclosure, it WAS from McDonald’s at the mall but I’m not counting that in my fast food run.  I think that’s fair, don’t you?  🙂  I debated last week whether or not Hawaiian Punch is soda.  I’ve never seen it from a fountain, there’s no caffeine or carbonation.  However, they do sell it in a can and it IS full of high fructose corn syrup, so I decided it was off limits.  Wop wop wop on me.  I’m finding that I’m also drinking more green iced tea than I probably should be – it is also a very sugary drink.  I think I had three or four this week – eeks.  For now, I’m going to be ok with it.  I’ll need to phase that down too at some point.

We didn’t exactly stick to the meal plan this week but all in all, did pretty good.  Like I said earlier, no fast food but I did eat out more than I had planned.  On Sunday, my husband had a late lunch and said he wasn’t hungry enough for dinner so I ate some food my mom had brought over for me.  On Monday, we made the quiche – it’s a tried and true recipe at our house so it was pretty good; good enough that DH had leftovers for breakfast the next day – awww…that makes me feel good.  Tuesday’s stuffed shells were ok.  I hadn’t made these in a while and the consensus was that the sauce and cheese on the outside were tasty but the stuffed part of the shell was just kinda meh.  But we did finish the pan off, between dinner and lunch leftovers.  The bad news is that I have probably another two pans’ worth in the freezer.  We’ll see if we eat or toss those.  Wednesday I tried a garam masala simmer sauce with some tofu and veggies over rice.  We didn’t care for this.  Ended up throwing a lot out, unfortunately.  Argh.  I don’t know why I take shortcuts.  I have all the ingredients for making an authentic curry.  I should perfect that skill instead of buying store bought crapola.  Ended up switching Thursday’s plan with Friday’s; went out on Thursday and on Friday we had the vegetarian shepherd’s pie.  It was surprisingly better than we were expecting.  We ended up eating the entire thing, between dinner that night and lunches/snacks the following days.  Yay!  Saturday we had mediterranean food for lunch; actually kabobs so we decided not to have that again for dinner and instead cleared out some left overs.  Still have that stinkin’ couscous.  Will see what we can do with it this week.

Made yams and khichadi for baby, along with pumpkin, sweet potatoes, avocado, apples, cereal, oatmeal, and quinoa.  Actually went through and used up a lot of the homemade baby food I had frozen for her.  So this week I’ll need to make some more and build up our supply.

I’d say we get a smiley face for this week. 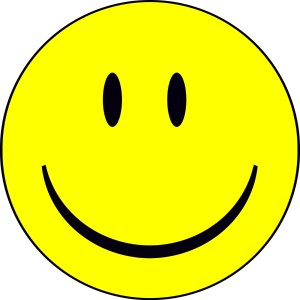